The basics of the fundamentals

The Basics of the Fundamentals

Fundamental analysis is a method of evaluating an asset; it attempts to measure its intrinsic value by examining the underlying forces that could affect the asset.

Why is it useful?

So why is Fundamental Analysis used so widely, and what does it help us achieve and understand?

Below is a list of a few major industrialized nations and their central banks:

Every time the chairman of the FOMC, gives a speech everybody is playing the guessing game trying to figure out what’s going to happen with the interest rates.

Interest rate can be defined as;

'The cost of borrowing money expressed as a % of loan value'

The central bank will often increase interest rates when they fear the economy is “inflamed” – they make borrowing less easy to reduce expenditure and cool the economy down in order to avoid inflation.

This effectively allows us to borrow money more easily and as a result, the amount that people spend goes up. The increased expenditure means that there is also an increase in the demand for many goods, and as the demand for these goods increases so too will their prices.

The main role of any central bank is to control a country’s money supply.

The money supply is a measure of the entire amount of bills, notes, coins, loans, credit and other liquid instruments in circulation within a country’s economy.

Money supply is measured by M0, M1, M2 and M3, with M0 being the narrowest measure of money (cash and liquid assets), and M3 being the broadest.

The money supply is an important factor to keep an eye on, especially if you want to trade Forex.

Increased money supply demonstrates early signs of inflation – if the supply of money exceeds the supply of goods prices are likely to rise – and you get inflation.

Put simply inflation is 'Rising prices'. It can also be described as the sustained increase in the prices of goods and services.

What does inflation do?

Inflation causes what we call an erosion of the purchasing power of your money.

It means that your money is worthless, you can buy less with your dollars (or pound or euro) and it's all because of inflation.

There are two main causes of Inflation:

1.Demand-Pull Inflation; this form of inflation occurs when aggregate demand outweighs aggregate supply. When there is more demand than there is supply, prices increase = inflation.

2.Cost-Push Inflation; this form of inflation occurs as a result of an increase in say the prices of wages and or of raw materials. These increased costs cause supply to decrease and consequently, the amount of demand will outweigh supply. Again, where there is more demand than there is supply, prices increase = inflation.

What are the different types of inflation?

Every given period of time, each country around the world will have what is called an economic release.

A data release is the periodic publication of economic data and or news of a qualitative and quantitative nature.

These data or news releases help paint a picture of the overall health of a company or country’s economy.

A stronger outlook for a company or country’s economy should be reflected by a higher company stock price or stronger domestic currency.

This data/news can have both a short and long-term impact on prices and traders will look to benefit from any movement created by these economic data releases.

This means that investors will make investment decisions based on their interpretation of the economic data which has been released. 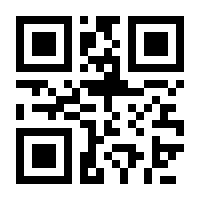 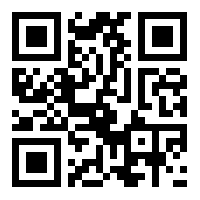